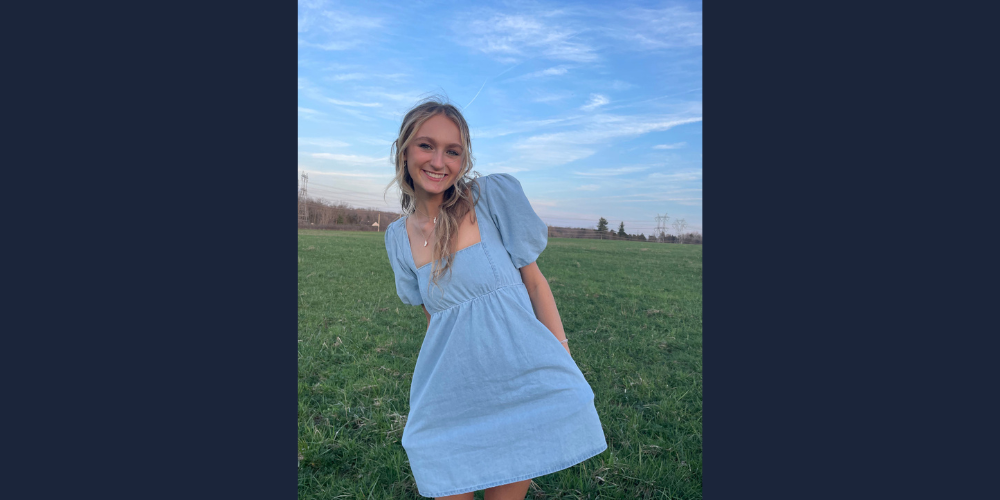 Chagrin Falls High School (CFHS) senior Avery Polcar has been selected as the September Chagrin Valley Rotary Student of the Month. Polcar was chosen based on her leadership and service qualities she has displayed in the community.

Polcar has earned several awards during her time at CFHS. She was elected school president in May 2022 and lettered as a varsity cheerleader in 2021. In the school production of “Mamma Mia,” she was the dance captain. Academically, she made the honor roll every semester.

She is an active member of several clubs and participates in sports. As a member of the Chagrin Falls Drama Club since 2016, she has been cast in every yearly musical and was part of the production of “Mamma Mia,” which was nominated for a “Dazzle” award. Polcar is a Link Crew Leader, in which she acts as a student mentor for incoming freshmen, showing them around the school and reviewing underclassmen educational experience. As a Connect Club member, she organizes meetings with special-ed classes and creates after school events. Since 2019, Polcar has been a JV and Varsity Football cheerleader, where she performs at weekly games.

Polcar is also involved in student council. She began as a sophomore representative, documenting meetings and reviewing her classmates’ requests. She was junior class president for a year, in which she organized functions for junior students, coordinated fundraisers and service projects. She is currently the Executive Student Body President and coordinates school functions, runs monthly meetings with 20 students and organizes service projects and fundraisers.

Outside of school, Polcar attended the Interlochen Center for the Arts-Musical Theater Intensive camp that focused on dancing, singing and acting. She works at the Kelsey Elizabeth Bakery in Chagrin Falls and has provided childcare for families since 2018. Her theater experience continued as a dance choreographer for Stagecrafters.

She is an avid volunteer as an editor and mentor for the Chagrin Falls Speech and Debate team, editing student speeches and preparing students for competition. Polcar also volunteered at Vacation Bible School at the Church of Aurora. With the Haven Home Shelter, she organizes collections of clothing and school supplies, provides emotional support and works with residents on homework.

After high school, Polcar plans to attend a four-year college and major in a subject that prepares her for graduate school in law, business, or medicine. Throughout her college career, she hopes to travel, study abroad, and participate in internships or co-op opportunities.